Construct This: A Contractor's Blog

Pre-Designed ADU House Plans Vs. Custom: The Pros And Cons

Building an ADU or accessory dwelling unit on your property can be a great way to accrue extra rental revenue or accommodate house guests and family when they come into town. If you're considering building your own ADU, a common quandary that can arise is whether to use customized building plans or pre-designed plans. Here are the pros and cons of using pre-made plans.

One of the major benefits of using pre-designed ADU plans is the opportunity to save money. Custom architectural plans can be expensive to commission. Building without a plan can result in expensive unforeseen problems down the road. The cost for custom architectural plans typically averages around $5000. Pre-made plans cost much less and can help you avoid future problems with an unplanned DIY build.

Another major benefit of using pre-designed plans is that you can begin using them right away and save massive amounts of time. Waiting for custom plans can take weeks and even months, not to mention that there are often unforeseen delays that can cause your timeline to stretch out even further.

Know Before You Build

Another benefit of using pre-made plans is that you'll get a very thorough visualization of what you're about to build before you build it. This is especially true if the plans have already been used to build existing structures. You'll know exactly what you're getting before you put thousands of dollars into your own ADU project.

Obviously, if your building site doesn't fit the pre-designed plans or if you aren't able to obtain the materials in the plans, it can be difficult to customize them to fit your personal needs. Any changes to the plans can increase your costs and timeline.

When you build according to pre-designed ADU plans, you might not be able to include every feature that your heart desires in your ADU. However, if you go into the project knowing there's a possibility of compromise, it shouldn't be a problem.

There's a possibility that building codes in your area may not match up with the pre-designed plans if they were designed with another municipality's building codes in mind. You'll need to vet your plans thoroughly and compare them with local building codes to ensure that there are no surprises or revisions down the road. You can ask your chosen contractor to thoroughly review the plans and sign off to make sure nothing pops up later. Do your homework before you start to build and you shouldn't have surprises.

Talk to a contractor to learn more about ADU floor plans. 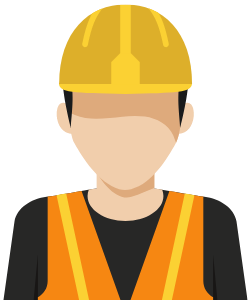 When you want something built, who do you turn to? Okay, maybe you answered that question with a particular person's name, and that's an acceptable answer. But the answer we were really looking for was "construction contractors." This profession is full of people who can build this and that, and who can customize the things they build to meet your unique needs. Working with a construction team is like working with a bunch of people who just want to make you happy. We love that aspect of the industry, and it's something we plan on focusing on more as we write this blog.